if you give a mouse a poshmark she’s going to stop buying clothes because she realizes she’s GOT TOO MANY.

if she’s got too many her children will give her bags of their clothes because they’ve realized that THEY’VE GOT TOO MANY.

if they’ve got too many their dad will see what we’re doing and clean out his t-shirt drawer and those will go on poshmark too. 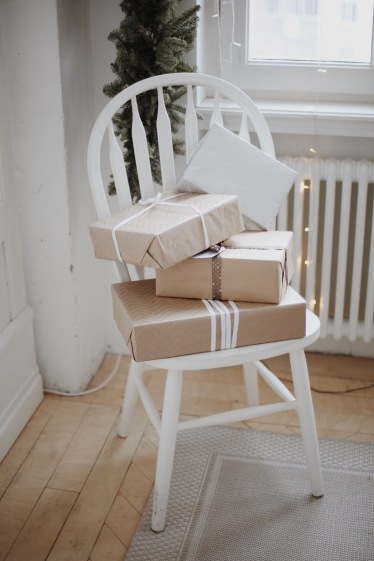 and the mouse will see that so many of the things she’s sending back out into the world are things she gave as gifts that didn’t have a ton of thought behind them other than just to BE GIFTS. People like picking out their own clothes!

which has made this Christmas shopping season an interesting one. I’ve been very deliberate, which in the face of Black Friday and Cyber Monday and every frantic, shiny, email in between has actually been really difficult. And maybe not 100% successful – I did buy a couple of things from Old Navy that could end up getting returned. But in the grand scheme of things I’m pleased with how this year and our relationship to THINGS has gone.

I wanted a new Christmas Tree – a 9 footer to put in the corner by my staircase but I read the piece going around about ‘the life-changing magic of making do‘ and while I found some of it to be a bit shamey, and excessive (I don’t believe in extremes other than where Disney is involved, it is a long-term side effect of having been in a cult, extreme behavior is bad),  the point hit home that I have a TOTALLY DECENT and still useable tree.

So – booooo on that.

And because BOTH of my children are pursuing degrees in environmentally related fields, and because there is enough damn plastic in the world, and because I’ve watched the horror videos about Yiwu in China, where 60% of the world’s christmas decorations are made, I’m going to repaint the ornaments I wanted to replace.

So – booooo on that too. or yay, because I love a creative project.

And because of their environmentalism and a desire to stop putting literal tons of single use garbage into the earth I’m not buying any more sweater boxes to wrap presents with. And I’m using up my old wrapping paper because even the thought of THAT is stressing me out.

So – yes, a mouse with anxiety and children and a planet she cares about is going to have to start using recyclable wrapping paper – or fabric! I could learn to quilt…

if you give a mouse a poshmark she’s going to learn to quilt.

Shop more of my closet on Poshmark
Loading Comments...