Skip to content
Erin feminism, Mental Health, Politics, ranting, Smashing the Patriarchy October 2, 2018October 2, 2018 2 Minutes
I’m going to feminist rant all up in this bench. (I’ve been re-watching The Good Place)
only a forking douchebro gets into a fight after a reggae show because he’s too drunk. but by all means, let’s put that forking douchebro on the highest court in the land. I KNEW THESE GUYS IN COLLEGE. these were the guys who 1. didn’t smoke pot because it was illegal but got blacked out drunk and got into their cars. 2. they got kicked out of school for selling roofies. but school would let them back for a big enough donation! 3. they’d ask you on a date, get PLASTERED and would refuse to drive you home, you’d spend the night on their nastyash sofa and then they’d tell everyone that they’d slept with you. 4. They’d cryyyyyy as soon as you told them no, CRY. “I just needed someone to hold me, I’m so sad, I miss my girlfriend from Niagara Falls”. bench, call your mother. 5. These ashholes picked and chose their sins with impunity. Premarital sex? heck yes. Wear a condom? no, contraception is a sin. Fork off.
I’m SO ANGRY. I’m so angry that we’re still talking about this. that every single other man hasn’t said NO WAIT, THIS IS WRONG, FIND ANOTHER JUDGE. instead they’re on forking camera talking about “ramming this thing through” ARE YOU MOTHERFORKING KIDDING ME?!
While the church child abuse scandal is reopening in the public eye, rightfully infuriating Catholics nationwide we’re REALLY going to let this happen?
***Ladies. you gotta vote. you gotta get evangelical about voting. “have you accepted freedom and democracy as your personal life and savior?” because if so you gotta vote. vote. vote.
and don’t TALK to me about Roe v Wade. I’d love the number of medically unnecessary abortions to be zero, but not because of legislation! the best way to do that isn’t to start restricting abortion, it’s to start educating! it is to teach consent, and contraception. “ramming this through” so that you can finally win some moral victory about overturning Roe… you have no idea what you’re really asking for. Stop it. Be better. Vote better.

I bought myself this shirt this weekend. (plus 2 others, one of which was inspired by The Handmaid’s Tale, and another that says Black Lives Matter more than White Feelings, Check your Privilege.) Their entire shop is amazing, it is female owned and operated and the women running the company and designing the shirts are 16 & 18!  Plus with every purchase they’re donating breakfast to the food insecure. I love this generation. We don’t deserve them.
xoxo
ps. I just this second bought this shirt also… it was too good not to.  You should get one too. we can be twinsies. 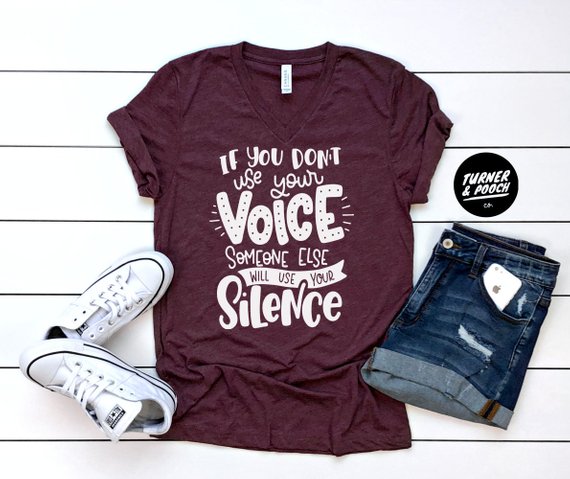 I will overshare, make sweeping political statements, paint my nails twice in one day, wear lots of black, wish Tim Gunn were my uncle and hope my kids forget this page exists. View all posts by Erin